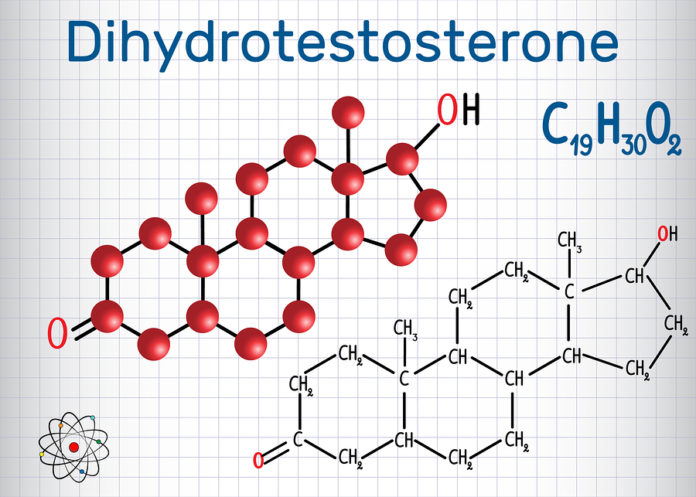 Male pattern baldness effects millions of people every year around the world. And while there are many reasons for hair loss such as genetics, age, and serious diseases, one thing is for sure; DHT is the main culprit. Although it was once thought to be caused by high levels of testosterone, it is now understood that at the core of the balding process, DHT is to be blamed. But what is DHT? And what can you do to put an end to DHT running rampant through your scalp?

DHT can be quite complicated to understand due to its capability of creating and destroying hair. You see, DHT is greatly needed for the production of hair on your body, but extremely detrimental for the hair on your head. Testosterone converts to DHT through an enzyme called 5-alpha reductive. Your body produces this enzyme to convert a certain percentage of testosterone into DHT within tissue such as prostate, skin, liver, and hair follicles. As I said, it is very important for the rest of your body. But when the level of DHT increases more than it should, it binds to the receptors in the follicles on your scalp, shrinking the hair follicles in the process and making it near impossible for healthy hair to survive. This leads to a complete end of hair growth on the affected follicles.

While androgenetic alopecia was once believed to be hereditary, male pattern baldness sufferers are actually inheriting an acute sensitivity to DHT. So while DHT is responsible for the hair on your chest, arms, back, and other areas, it affects those strands on your head. Male pattern baldness normally starts as a receding hairline and thinning of the crown. Hair in these areas are more prone to DHT, which is why they are the first to go, but as each hair follicle becomes affected, complete baldness becomes more apparent.

Blocking DHT is actually quite simple for such a complicated process. Vitamins and shampoos and conditioners can all be used to stop the rise of DHT in your scalp. Some DHT blocking products do just that, using incredible vitamins and nutrients that block the DHT from affecting your hair follicles.

DHT blocking vitamins like these not only block the DHT, but improves your scalp circulation and promotes hair growth. Using all natural ingredients like Horsetail Extract, Folic Acid, Vitamin B, Nettle Root Extract, and Saw Palmetto, among other natural ingredients, your hair will stay strong and healthy. These ingredients stop the DHT at the root, inhibiting the hormone from affecting your hair follicles, and encouraging new growth by removing barriers to blood flow.

DHT blocking shampoos and conditioners are also amazing in that they promote hair growth by blocking DHT, using natural ingredients like Zinc PCA, Green Tea, Kapilarine, Vitamin E, Pro-Vitamin B5, Jojoba Oil, and Keratin. Each natural ingredient works for your health, starting at the follicle. The Kapilarine complex is a blend of botanicals that is proven to be an efficient treatment against hair loss as it boosts microcirculation and cellular metabolism in the scalp, reducing inflammation contributing to seborrhea, a condition that causes scaly patches and red skin on the scalp.

If you are susceptible to male pattern baldness and want to get a jump start on saving those precious strands, try one of these powerful DHT blocking products. They keep your hair strong, thick, and healthy. 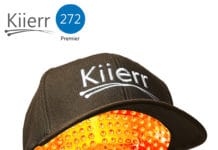 5 Reasons Orlando Is Great For Raising a Family 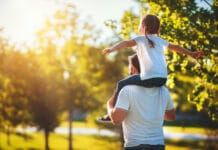